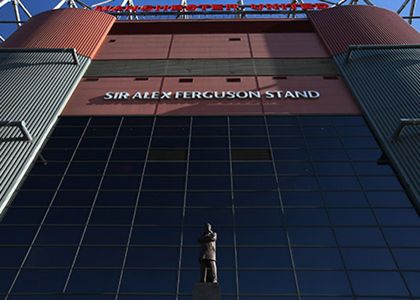 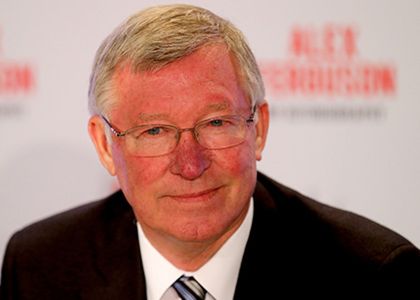 The Greatest Manager of All Time

Arguably the most recognisable and undoubtedly the most successful football manager of all time, Sir Alex Ferguson CBE managed Manchester United from 1986 to 2013. Winning one of the largest selection of trophies ever during his tenure, Sir Alex’s teams were formidable opponents across the world. A hugely popular football speaker, Sir Alex Ferguson describes how to create a winning mindset in any establishment or organisation and the requirements to be consistently successful in any walk of life. A former player, prolific football speaker and manager who led his teams to a total of 50 trophies, Sir Alex Ferguson was voted the IFFHS World’s Best Coach of the 21st Century.

Sir Alex Ferguson will forever be remembered for his management however many forget that he also enjoyed an incredibly fruitful playing career for a number of Scotland’s leading clubs. Playing as a forward, Sir Alex represented a number of clubs including Dunfermline, Rangers and Falkirk amongst others during his career, making 317 appearances and scoring 171 goals. However, it was when Sir Alex made the decision to turn his hand and attention to management that he began to make a name for himself and go on to create a legacy that will forever be etched in footballing history. Sir Alex Ferguson eloquently talks about both his playing career and the lessons he learnt to allow him to become the worlds most successful manager, making him one of the leading football speakers on the after dinner speaker circuit.

After spells at East Stirlingshire and St. Mirren, Sir Alex joined Aberdeen in June 1978. By the 1979-1980 season, Sir Alex had guided the side to Scottish league victory, the team only accomplished this feat once before back in 1955. Winning the Scottish Cup in 1982 followed by the European Cup in 1983, Aberdeen went on to defend their titles in Scotland the following season, proving that Sir Alex had created strength and depth in the side that lasted the test of time.

Appointed the manager of Manchester United in November 1986, Sir Alex Ferguson would go on to build a dynasty and be the benchmark that every manager to come would be compared against. Joining a team with a drinking culture and players said to be ‘depressed’ about their fitness, Ferguson had a huge task and challenge ahead of him. Transforming the team from 21st in the league to 11th in his first season, Ferguson had proved his credentials as a strict disciplinarian and leader inspiring change in dramatic fashion. Over the coming decade, Sir Alex Ferguson transformed the team into an incredible successful outfit and multiple silverware winning side.

Victorious in the FA Cup during the 1989-1990 season, United went on to win the Premier League title after a 26-year wait. Describing the exact policies and tactics he implemented to achieve this as a football speaker, the lessons that Sir Alex teaches can be applied to sporting, social and business environments alike and are invaluable to achievement and peak performance in any walk of life.

Perhaps Sir Alex Ferguson’s greatest example of success with the side came in 1999 when the club won the treble of the Premier League, FA Cup and Champions League. Manchester United went on to win 38 trophies, including 13 Premier League titles and 2 UEFA Champions League titles in 16 years during Ferguson’s remarkable tenure at Old Trafford. Individually, Ferguson’s performances as a manager resulted in a number of personal accolades, voted the LMA Manager of the Decade, UEFA Manager of the Year, Onze d’Or Coach of the Year on three occasions, World Soccer Magazine Greatest Manager of All Time, BBC Sports Personality of the Year Lifetime Achievement Award and FIFA Presidential Award to name a few.

A wonderful football speaker who has even lectured at Harvard University, Sir Alex is an ideal ambassador for Football and sport. A professional at heart, Sir Alex can use his experience of years in the public spotlight and at the height of football to give audiences an insight into life in the Premier League. The English, Scottish and European Hall of Fame inductee who has been awarded an OBE, CBE and Knighthood for his services to football, Sir Alex Ferguson, the greatest manager of all time is available to hire as a football speaker for any event or function and is certain to provide an unforgettable performance.

To book Sir Alex Ferguson CBE to make a personal appearance at your corporate event, function or conference, simply contact the Champions Football Speakers agency by filling in our online contact form or by calling a booking agent directly on 0207 1010 553.