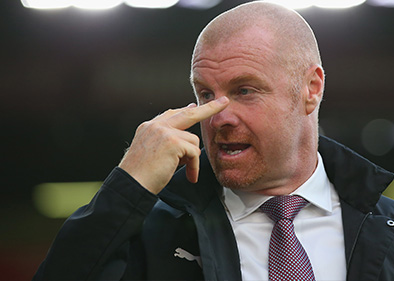 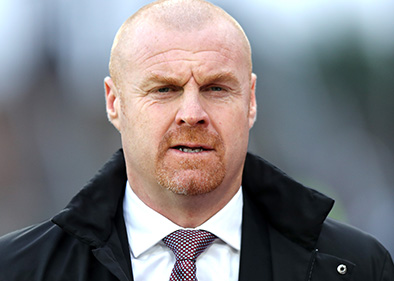 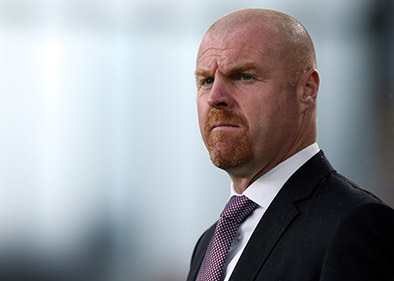 Sean Dyche is a former professional footballer best known for his prolific career at Chesterfield United and the current manager of Burnley FC. A personality that is all too familiar with promotions, Dyche has enjoyed promotions with four of the six teams he represented as a player as well as guiding his current team, Burnley to two promotions to the Premier League in three seasons. A popular figure in the footballing world that has been a player, captain and manager, Sean Dyche also works extensively as a football speaker where he appears at events at his old clubs as well as various footballing functions across the UK to discuss his life and career in the beautiful game.

Beginning his playing career at Nottingham Forest under the management of the legendary Brian Clough, Dyche astonishingly grew 5 inches and put on two stone in just a year early on into his career. A devastating injury that saw him break his leg left its mark as he still has a permanent bend in his leg and while working as a football speaker, Dyche explains how it held back his career as a player.

Parting ways with Nottingham Forest as a player, Sean Dyche went on to join Chesterfield United where he went on to play over 200 games as well as captaining the side. Dyche was part of a team that won the Division Three play-offs in 1995 and reached an FA Cup semi-final in 1997. Sean also scored a penalty in the latter to put his side 2-0 up in an eventual 3-3 draw and reminisces on the dramatic fixture as well as taking a look back at the lessons he learnt as a player during his work as a football speaker.

Dyche eventually left Chesterfield to join Bristol City and immediately made an impact as he helped them gain promotion to Division One in just his first season at the club. Moving on to Millwall, Sean once again was pivotal in the club's promotion to Division One and captained this club too allowing him to expertly discuss leadership advice while working as a football speaker.

Eventually retiring as a player, in typical fashion, Sean Dyche was a part of yet another promotion this time with Northampton Town. A successful playing career, during his work as a football speaker Dyche shares hilarious and insightful tales and anecdotes about the life of a professional footballer as well as sharing engaging content about the key fundamentals that led to promotions at various clubs.

A clear passion and ability in leadership, Sean Dyche transferred his attention to management following his retirement and re-joined former club Watford as the Under 18s coach before being promoted to become the clubs assistant manager. Learning his trade and continually impressing, Dyche was named the manager of the club in 2011 and led the club to their best finish in the league for four seasons. A promising start, a change of ownership at the club also brought about a change in management as Dyche was dismissed despite his commendable performance. This disappointment and setback allow Sean Dyche to share the trials and tribulations that exist in both professional sport and the business world allowing him to engage and resonate with all guests.

After spending time with England U21s before being appointed as the manager of Burnley, the club where he would make his mark on the footballing world. Dyche flourished in the role and was named Championship manager of the month for September 2013 on his way to leading Burnley to their best start to a season since they were founded in 1882. The team broke a number of long-standing club records and capped off a memorable season by winning promotion to the Premier League after a four-year absence.

Their spell in the top flight lasted only a single season however as they were relegated with two games to spare. Dyche once again performed his magic and shares vital information as a football speaker of how he transformed the fortunes of the team to immediately gain promotion back to the top flight. Burnley ended the season back in the Premier League with Europa League qualification for the first time for over half a century and secured their best finish to a top flight season since a sixth placed finish back in 1974.

A wonderful character that has excelled as both a player and a manager, Sean Dyche is a born winner and has worked wonders as the manager of Burnley. An approachable and engaging football speaker, Dyche eloquently combines his knowledge and expertise with entertaining stories to effortlessly captivate and humour the audience to ensure their full participation. A true gentleman and fantastic football speaker, Sean Dyche is available to hire as a football speaker for any event, dinner or function across the UK.

When at corporate events, Sean is known to cover the following topics:

To book Sean Dyche as the football management speaker for your corporate event, function or conference, simply contact the Champions Football agency by emailing footballagent@championsukplc.com or by calling a booking agent directly on 0207 1010 553.