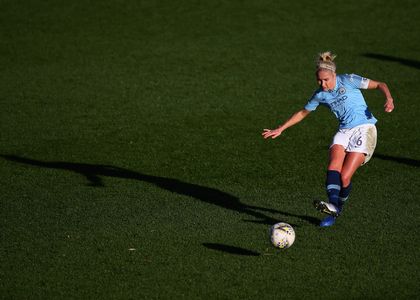 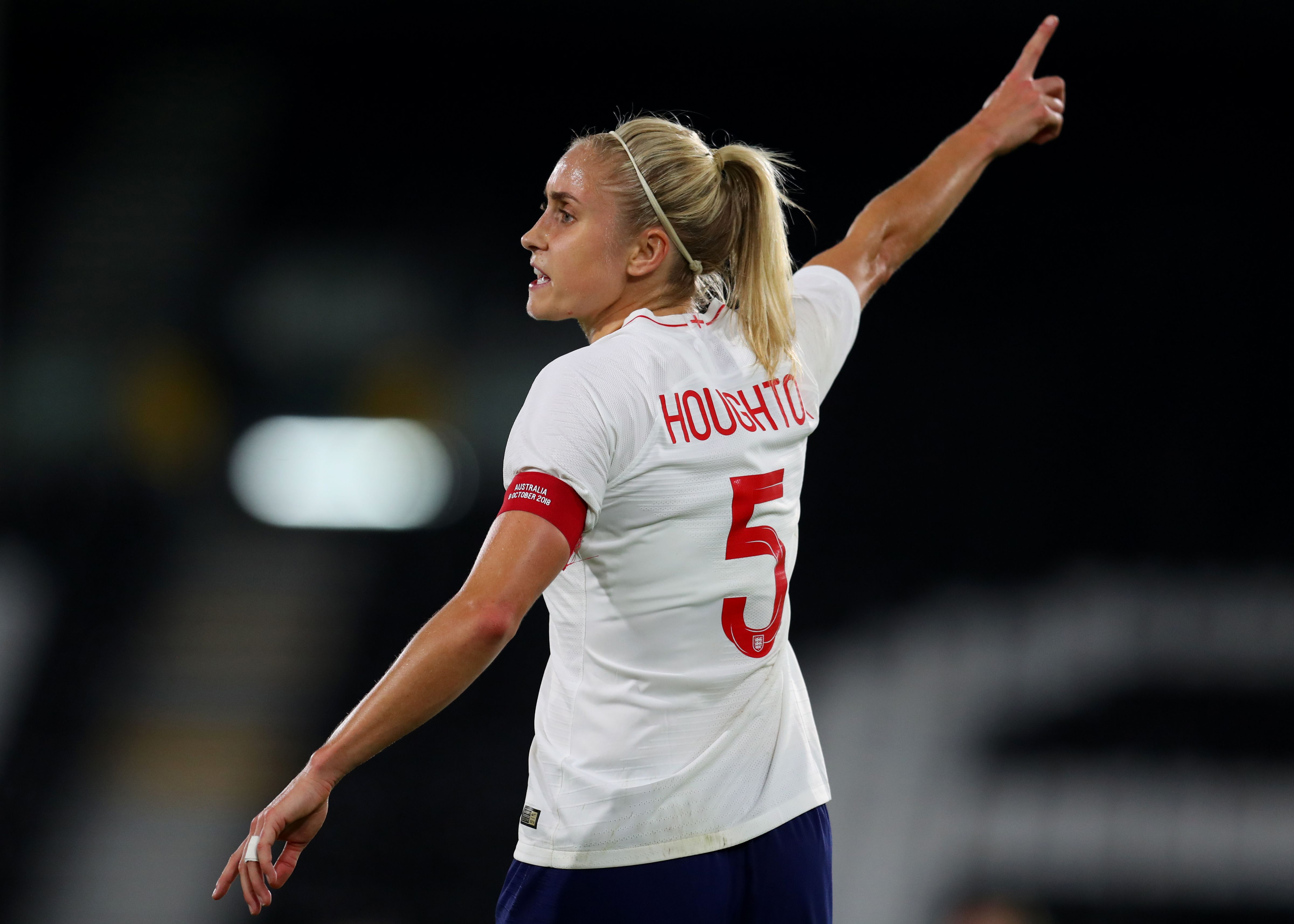 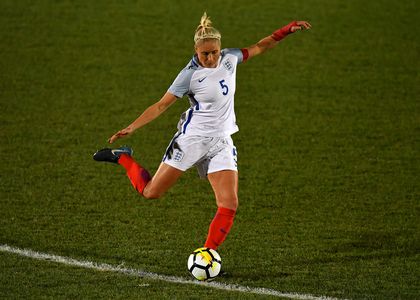 A battling captain and senior professional with an overwhelming passion for the game, Steph Houghton has become a leading light in women's football.

Steph is captain of the England team and of Manchester City Ladies, leading both teams to significant success. Steph's influence on her club, country and indeed football has proven crucial.

A centre-back by trade, Steph is known for her tough tackling, positional play, fearless leadership and dedication to the cause. It is these themes that have allowed her to rise through the professional game, playing for the WSL's biggest teams, and affording herself 100 caps for England.

Having missed out on the 2007 World Cup and Euro 2009 due to injury, Steph overcame adversity to play a key role in future tournaments. Ahead of the 2015 World Cup, Steph was named England captain. She followed this appointment by helping England to secure their first semi-final appearance - a major achievement for the Three Lions.

Noted by teammates, coaches and fans as a humble yet heroic leader, Steph was recognised by the Queen when she was appointed MBE for services to football in 2016.

Steph began her career at Sunderland Women, playing for the club between 2002-2007. She then joined Leeds United Ladies and helped them to win the 2010 FA Women's Premier League Cup before joining Arsenal. With Arsenal she won consecutive FA WSL's in 2011 and 2012, to personally have won the competition three times in succession.

In 2012, Steph was appointed as one of eight digital media ambassadors aimed at raising the game's profile. This followed Steph's starring role from left back for Great Britain at the London Olympic Games. Steph scored 3 goals in four appearances to become Great Britain's biggest source of goals and help them to a quarter-final. In 2014 she became the first female cover star of the Shoot football magazine.

Steph is an inspirational female speaker capable of rousing all manner of crowds. A role model for women, schoolchildren and business people across the world, Steph's efforts derive from her drive and determination to reach peak performance and triumph over injury and adversity. Steph is an ideal booking for corporate events, sporting events, schools and award ceremonies.

To book Steph Houghton to make a personal appearance at your corporate event, function or conference, simply contact the Champions Football Speakers agency by filling in our online contact form or by calling a booking agent directly on 0207 1010 553