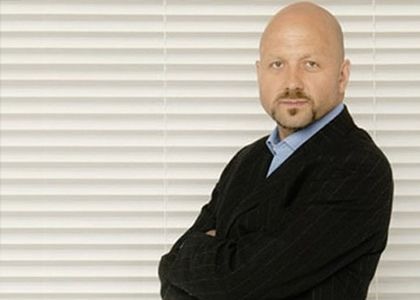 A highly recognisable character in the world of professional football, to many Mark Clemmit, also affectionately known as ‘Clem’ is the face and voice of football, leading coverage as a presenter of everything the football leagues have to offer on a number of broadcasting platforms. With a broadcasting careerestablished by happy accident, Mark has become one of the most influential figures in English football from a grass-roots level to the stardom of the Premier League.

Initially given a pilot show on BBC Cleveland called Red Balls of Fire, Mark’s low budget show went on to win nomination for a Sony Radio Award two years running. His antics behind the microphone caught the attention of BBC Radio 5 Live and Clemmit soon became a regular radio presenter and commentator for interviews and football match reports. Specialising in the lower levels of the sport, Mark enjoys the intimacy and friendliness of smaller matches, as well as the ability to talk to managers and key players without the hassle of the larger game.

A Regional RTS Awards winner, Clemmit has worked as a football reporter and pundit on BBC Regional TV in the North East. He has been a regular contributor to BBC Breakfast, the BBC News Channel and on Simon Mayo’s Sports Panel. Now a TV Presenter for BBC’s sport coverage, Clemmit’s TV reporting credits include: Final Score, Football Focus, Match of the Day & Match of the Day 2. He has also reported on major international football tournaments for the BBC. In 2009, Clemmit became the features reporter on BBC One′s The Football League Show, Mark Clemmit mixes his extensive knowledge and humorous onscreen persona to appeal to a wide audience consistently.

Clemmit has a particular fondness for lower league football and the intimate atmosphere surrounding it, a topic he covers as a football speaker when he expands upon an interview in which Clemmit said: “I love the game at the lower levels. There’s more access, more closeness to it, you don’t have to go through 100 other people before you can speak to the person you want. You can go to a lower league ground, knock on the manager’s door and if he’s not busy he’ll see you. You see all the Premiership players arriving in what are virtual stagecoaches, dripping in diamonds, trailing their escorts. There’s an aloofness about the game at that level that I’m not really comfortable with.” Thus highlighting his passion and love for lower league football rather then the riches and glories of the Premier League.

Mark also experiences demand for his services as a football speaker, appearing at events for the Football Association as well as acting as an event host for a number of corporate clients, such as E-on and Npower. A football speaker who has analysed and watched a host of football matches and experiences varying environments, Clemmit is able to provide a real insight into the world of football as a whole as he sheds light on the lower leagues and eloquently compares it to the ever prevalent Premier League. Mark Clemmit certain to be a fantastic addition to any event as a football speaker.

To book Mark Clemmit as the football speaker for your corporate event, function or conference, simply contact the Champions Football Speakers agency by filling in our online contact form. For any further information, call a booking agent directly on 0207 1010 553.