Our approach to mental health is changing, especially for men everywhere. In recent years, more and more recognisable male figures have come forward to talk candidly about their struggles with mental health, actively altering the stigma surrounding masculinity. Take a read through the four main news stories of 2019 surrounding men’s mental health and football, that reflect the changing times and improved societal opinion.

Stereotypically, footballers are the epitome of the “perfect man”, with many fans idolising their passion for the sport and physical appearance - despite this, fan’s and their personal attacks loosely veiled as football chants have created a damaging mindset. Recently, many footballers have been opening an honest, non-judgemental discussion surrounding their personal mental health, using their personal stories to help their male fans.

The Footballers’ Association has reported that a record number of footballers are seeking mental health support, indicative of the not just the mental wellbeing of modern men, but also the changing mindset surrounding men receiving help for their mental health. The director of the PFA, Michael Bennett, expects the number of men seeking mental health support to “double or treble” in 2019 compared to 2018, as more men respond positively to the pressure of being a sporting star. Bennett reflects upon the increasing number as a “good thing”, stating that it shows an increased level of trust.

Being a professional footballer is a challenging role, as they constantly face being dropped by their club out of the blue, ultimately ending their career. This results in financial pressure and emotional stress, negatively affecting their mental wellbeing. Olu Maintain experienced this first hand when he was released by the Premier League side after being with the club for over 10 years. After mentally and physically dedicating his life to succeeding with the team, Olu found himself lost, alone and feeling completely worthless. Though he did receive some support, Olu didn’t believe that it was enough and wants to change how society views men experiencing hardship.

The Duke of Cambridge has created a documentary tackling mental health illnesses, A Royal Team Talk: Tackling Mental Health on BBC1, specifically for the countless men suffering from mental health illnesses. In one of the episodes, he sat down with Danny Rose and Peter Crouch to talk candidly about their personal experiences, connecting with men everywhere who are victims to the belief that masculinity equates to ignoring support.

During their conversation, defender Danny Rose revealed how his experience with depression wasn’t understood by a potential new club when they labelled him as “crazy” rather than understanding that his illness didn’t define him. Similarly, former Liverpool and England striker Crouch admitted how his low self-esteem and crippling body image caused him to “cry at night”.

Rose reflected upon how his successful career and his declining mental health directly affected each other, as on the eve of last year's World Cup he experienced a severe depressive episode. After disclosing his illness in a candid interview, professional within the sport started to treat Rose differently, tiptoeing around him as if he had changed as a person. In later discussions, a club prefaced his signing with a screening to determine we he was “too crazy” to play for the team. Though he is still on the road to recovery, Rose is using his experience, his feelings of anger and embarrassment, to encourage a better understanding of mental health.

At 6ft 7, Peter Crouch stands out amongst most men. Growing up different had a negative effect on Crouch, as many people treated him differently based on his appearance. Crouch had to overcome the nasty football chants and critical media, the endless football games where he was booed onto the pitch, to become a stronger person and an advocate for men's mental health.

Prince William praised their honesty, thanking the players for passionately improving the lives of men everywhere. After being treated so poorly by the sport, both Crouch and Rose have dedicated their lives to improving society's mindset towards masculinity and the way men with mental health issues are treated.

The Limiting Effect Of Masculinity

Masculinity can be incredibly toxic. Though on the one hand, it encourages strength, determination and leadership, it also diminishes the emotional freedom that humans need to have positive mental health. Men are constantly being told that they shouldn't cry, directly resulting in suicide being the biggest killer of young men in the UK.

According to YouGov 2018, 55% of men feel as if crying makes them less masculine. By not actively working through your emotions, finding peace with whatever is troubling, your mental health will suffer. The motion of crying gives the body an emotional release, meaning that thousands of men regularly bottle up their emotions.

Despite humanity coming a long way, 42% of men still believe that when in a heterosexual relationship they need to earn more than their female partner, applying excess pressure to young men to find a high paying job and working long hours. Due to this, more men value monetary gain over social enjoyment, adding unnecessary physical and emotional pressure.

Though social media has allowed humanity to become more connected, it has also resulted in a more comparative mindset. Social media gives us the ability to mask how we really feel, only showing the best parts of someone’s life, however, this means that many users compare their lives to the fake portrayal of other users. These pressure result in many many feeling inadequate, because they may not have the “perfect” life.

The idea of body is most commonly related to women, however, more men than people think suffer from the pressures of needing rippling abs and a full head of hair. With TV shows like Love Island creating unrealistic expectations for men, a collective mindset of self-hatred has resulted in countless men feeling worthless. Many studies suggest that negative body image and self-esteem has caused declining mental health in men.

If you or someone you love is exhibiting extreme symptoms of negative mood, erratic behaviour and low self-care, then find professional care immediately. For more information, please contact a mental health charity like Mind at 0300 123 3393. 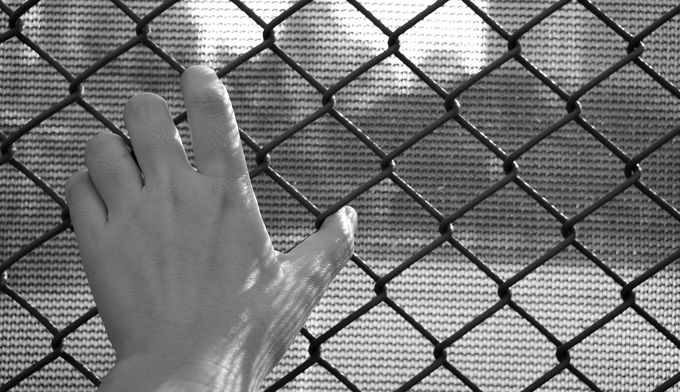