Four Female Footballers Who Are Excellent At Corporate Events

The game of football is, without doubt, the biggest sport in the world and recently the women’s game has grown from strength to strength and dramatically in stature. The introduction of the FA Women’s Super League has led to the expansion of football teams across the nation as the footballing spirit captures the hearts and minds of aspiring young women. Female footballers have wonderful skillsets that allow them to excel in the world of after-dinner speaking and in particular at corporate events. Utilising skills such as teamwork, leadership, communication and time management on a daily basis throughout their careers, our fantastic female football speakers are able to expertly share insightful tips that are incredibly prominent and relevant in the business world for corporate events. We take a look at four wonderful female football speaker to hire at Champions Football Speakers Agency that will excel at corporate events: 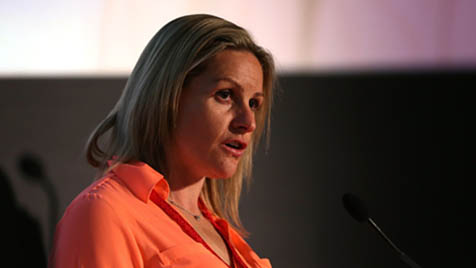 Widely regarded as the greatest ever female footballer, Kelly Jayne Smith MBE requires no introduction, the England legend won 177 caps for her nation in addition to scoring 46 records on her way to attaining records that may never be broken. A player/coach for Arsenal Ladies, Smith has also enjoyed an extraordinary career in the USA playing for Seton Hall Pirates, New Jersey Lady Stallions, Philadelphia Charge and New Jersey Wildcats. These fantastic and diverse experiences have allowed Kelly to experience a plethora of team environments and cultures allowing her to share and discuss the most positive and negative components during her work at corporate events. With such a wide-ranging spectrum of organisations and teams to explore and dissect, Smith can provide truly invaluable insight to help create thriving working environments for businesses at corporate events.

Having also worked extensively as a TV pundit, Kelly has assembled expertise and skills that allow her to be a magnificent football speaker that delivers polished and esteemed performances ensuring she is a success at corporate events. Not only has Kelly played at the highest level, she has also represented her country at World Cups enabling her to speak about things such as dealing with pressure, managing expectations and delivering results, three fundamental requirements in business that once again reinforce her prowess at corporate events. An inspirational figure that is regarded as a legend of the game, Kelly Jayne Smith MBE has the perfect combination of experience and achievement making her a fantastic football speaker in addition to possessing business and managerial acumen that entwine together to create the idyllic female footballer for corporate events. 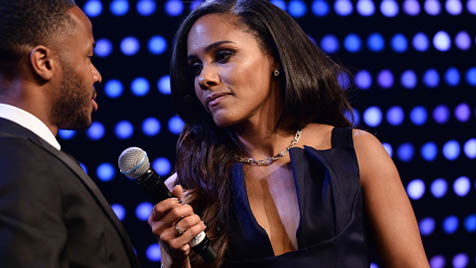 Former England International and Arsenal Ladies star Alex Scott enjoyed a fruitful and prosperous career as a left-back, striker and right winger showcasing her versatility and adaptability to perform in various roles, a trait that is vital in business making her a tremendous football speaker for corporate events. Having also played for Birmingham City Ladies, Scott has experienced different footballing environments that enable her to select the strengths from different working environments to express traits and systems that deliver the most successful results. Being an integral member of Arsenal Ladies’ historic quadruple-winning season, Alex recollects and reminisces upon what allowed the team to be so successful that season allowing them to achieve peak performance while maximising success, two components that resonate perfectly in the business world and at corporate events.

In a decorated career, Alex Scott has also captained teams allowing her to express invaluable leadership and management lessons that are extremely prominent and relevant at corporate events. Also a brilliant motivational speaker, Scott expresses the resilience and dedication required to succeed in sport and life as well as inspiring guests at corporate events with tales from the unforgettable 2012 Olympic Games. Following her retirement, Alex has become an extraordinarily successful pundit sharing insightful and thought-provoking analysis alongside her work in the business world through her venture aptly named The Alex Scott Academy. This venture not only allows Alex Scott to be well informed and knowledgeable in the world of business but also lets her to eloquently and engagingly discuss vital business components at corporate events. A highly successful personality that has shone in all walks of life, the wonderful Alex Scott has all the components to be an extraordinary female football speaker for corporate events. 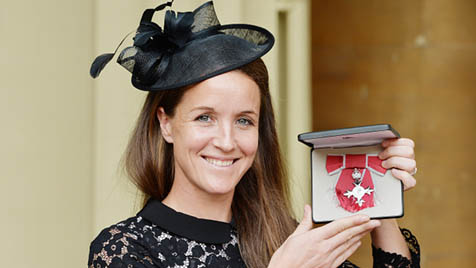 Former England and Team GB women’s captain, Stoney enjoyed an incredibly illustrious and decorated career within the game of football. Currently playing for Liverpool Ladies FC, the Olympian has earnt over 100 International caps for England in addition to being an integral part of England’s UEFA Women’s Euro 2009 campaign as well as numerous FIFA Women’s World Cup tournaments. These experiences allow Casey Stoney MBE to expertly discuss what it takes to form a thriving culture and environment as well as discussing things such as peak performance and maximising success, traits that are integral in business and particularly prominent at corporate events. Commanding the utmost respect as a household name in the sport, Casey Stoney MBE was named on The Independent newspapers Pink List of Influential Lesbian and Gay People in the UK allowing her to provide advice on individuality, expressing yourself and diversity, all factors that relate to the corporate world.

A captivating and engaging football speaker that always leave a positive impression on her guests, Stoney is both motivational and inspirational. The first member of the Professional Footballers’ Association’s management committee and this in itself showcases her revolutionary, trailblazing and forward thinking characterises which transpire in her being a fantastic female footballer for corporate events. As a captain, Stoney also developed terrific leadership qualities that she expertly relays to the business world at corporate events having successfully overcome adversity, dealt with pressure and attaining peak performance for her team, all of which are incredibly important in business and very popular topics at corporate events. An iconic figure within the female game that has so much to offer, Casey Stoney MBE is a remarkable female footballer for corporate events. 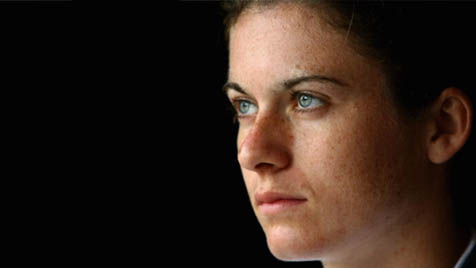 A passionate, driven and inspiring female footballer for corporate events, Karen Carney is a two time FIFA Young Player of the Year winner that has experienced huge success both domestically and internationally throughout her career. A decorated and illustrious performer, Carney has played in three FIFA Women’s World Cup campaigns in addition to being a part of the historic 2012 Olympic Games. A prominent and prolific performer, Karen is able to expertly transfer and utilise the characteristics and components that have allowed her to be so successful and relate them to business at corporate events. Having also showcased a tremendous work ethic and unrelenting commitment for improvement throughout her career, Karen Carney is able to relate these fantastic traits to the world of business allowing her to truly resonate with and positively impact guests at corporate events.

Karen has personally experienced what it is like to come in at the grassroots level and progress through to the ultimate honour and this in itself is crucial in the business world as it allows her to inform guests and attendees about the sacrifices, hard work, drive and determination that is required to succeed and progress whether it be in sport or a promotion in business. This incredibly relevant topic ultimately forms an integral part in the lives of businessmen and women and therefore provides a unique and inspiring insight into a world-class performer whose consistently and tremendous efforts have led to promotions in her field of expertise. An eloquent and polished female football speaker that is able to hold her own, Karen Carney is a fantastic addition to any corporate event.

Book A Female Football Speaker For Your Next Event

The biggest and best names are available to book via the Champions Football Speakers. If you would like a female football speaker to feature at your networking event, corporate event or conference. Simply fill in our online contact form or by calling one of our dedicated booking agents directly on 0207 1010 553.