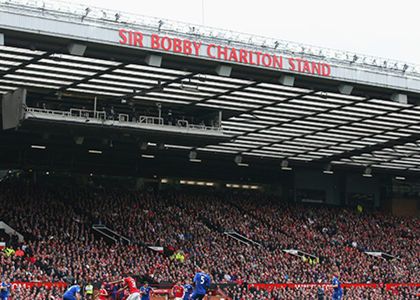 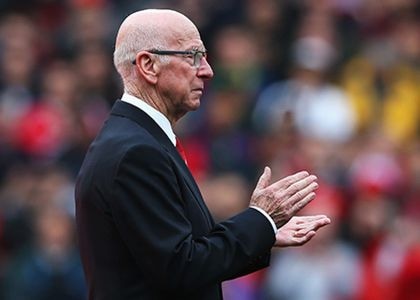 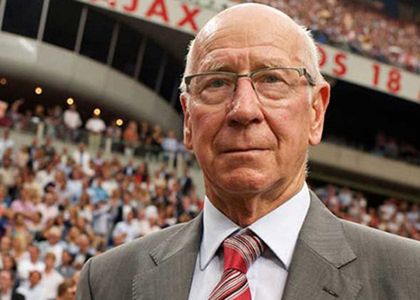 A legend of British football, Sir Bobby Charlton is a former English football player, regarded as one of the greatest midfielders of all time and an crucial member of the England team who won the World Cup in 1966, the year he was also awarded the coveted Ballon d’Or, the most prestigious individual accolade in football crowning Charlton the best player in the world. Representing Manchester United for over two decades, where he became renowned for his attacking instincts and passing abilities from midfield and his ferocious long-range shot. Charlton was also well known for his fitness and stamina, a consummate professional Sir Bobby Charlton now works as a football speaker on both the broadcasting and after dinner speaker circuits.

Beginning his career in the mid 1950’s, Charlton joined Manchester United’s youth team aged sixteen and quickly demonstrated his phenomenal skillset as an attacking midfielder. Sir Bobby would remain strong in this position throughout his career and became known for his unrelenting work rate and effort; his thoroughly impressive career saw Charlton flourish as a player, manager, International and now an incredibly respected and sought after football speaker.

Sir Bobby Charlton spent the majority of his domestic club career at Old Trafford playing for Manchester United, leaving the club in 1973 after seventeen years in the first team. Whilst at United, Sir Bobby made over 750 appearances, scored over 200 goals and was the club’s most capped player until Ryan Giggs overtook the record. He was instrumental in the club winning three Football League First Division trophies as well as a European Cup title and FA Cup. A survivor of the devastating Munich air crash, Sir Bobby Charlton is one of the most cherished and treasured players to ever grace Old Trafford and remains an immensely popular figure at the club.

The tragedy and calamity of the Munich Air Disaster is spoken of by Sir Bobby in his performances as a football speaker where he expresses the emotional turmoil and devastation experienced in his moving account of events.

As well as being an icon for Manchester United, Sir Bobby Charlton is also best remembered as one of the members of the legendary World Cup winning team of 1966. First called up to the English national team in 1958, Sir Bobby played a huge part in England’s only ever successful World Cup tournament to date and will forever be remembered and revered for achieving the feat. Charlton scored the first goal in the 2-0 win over Mexico before really shining in the crucial victory over Portugal in the semi-finals where he scored twice, making him joint highest scorer in the competition for England. Charlton helped the team reach the World Cup Final against West Germany and the rest is most certainly history!

Sir Bobby Charlton retired from his International duty with England in 1970 and also left beloved club Manchester United in order to pursue a career in management where he took the reins for Preston North Endin 1973. Working consistently as a manager, pundit and football speaker throughout the seventies, Charlton maintained a contract with the BBC alongside his work as Director of Wigan Athletic.

Along with his work as a prolific football speaker, Sir Bobby has also established a number of international businesses in a hugely diverse and varied range of areas including travel, jewellery and hampers. Charlton has also gained international recognition for the various soccer schools he opened in less fortunate countries such as South Africa.

Continuing his association with Manchester United, Sir Bobby Charlton became a member of the club’s board of directors in 1984 and has held this position for more than twenty years. He continues to work as a football speaker for the club as well as making appearances on television and at live sports celebrations and fan events.

The former FWA Footballer of the Year, Ballon d’Or winner and UEFA President’s Award recipient, Sir Bobby Charlton has also been rewarded with an OBE, CBE and Knighthood for his services to football. The epitome of a footballing legend and icon who inspired a nation and will forever be remembered for his heroics, Charlton has an abundance of tales and anecdotes to share from his illustrious career and is certain to provide a truly compelling and fascinating evening. Sir Bobby Charlton is available to hire as a football speaker for any event or function.

To book Sir Bobby Charlton CBE to make a personal appearance at your corporate event, function or conference, simply contact the Champions Football Speakers agency by filling in our online contact form or by calling a booking agent directly on 0207 1010 553.