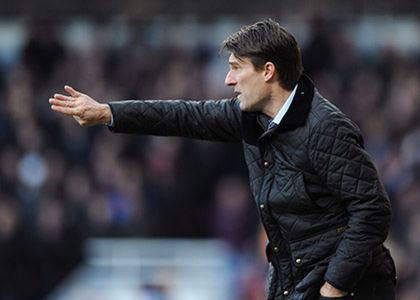 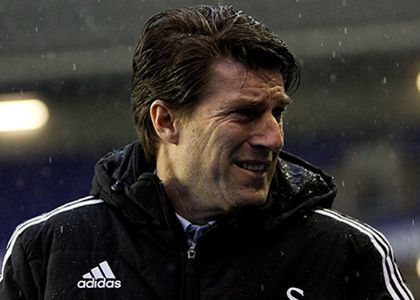 Danish legend of football, Michael Laudrup has enjoyed an illustrious transcontinental football career as both a player and manager. Regarded as one of the greatest players of his generation by many pundits, Laudrup is also tremendous football speaker, he eloquently recalls anecdotal tales of his times at some of the largest clubs in the world, as well as providing valuable advice in areas such as leadership, determination and maximising success. These topics along with his vast accomplishments within the game make Michael Laudrup one of the most desirable personalities on the football speaker circuit.

Playing for giants of the sport, Michael featured on the team sheet for Ajax, Barcelona, Real Madrid and Juventus throughout his career. Perhaps best known for his exploits at Barcelona, joining the Catalan side in 1989, Laudrup enjoyed tremendous success under manager Johan Cruyff’s leadership. Winning the coveted La Liga title four times in a row, Laudrup constantly showcased the drive and determination of a true champion, an attribute breached a number of times during talks as a football speaker and an area that wonderfully translates and bares great relevance to both business, sporting and social environments.

After a controversial move from arch rivals Barcelona, Laudrup had a spell at Real Madrid between 1994 and 1996. Many cited his move to Real Madrid as an attempt to get back at Cruyff following a big fallout between the two. Laudrup however said he chose Madrid due to their passion and desire to win. His first season at Real Madrid brought instant success as Real Madrid became league champions ending Barcelona’s four year reign and making Laudrup the first player ever to win five league titles in succession.

Michael Laudrup went on to play for Vissel Kobe and Ajax for two more seasons before retiring from professional football. Michael’s retirement sparked an exciting new chapter and career within in the world of football in the form of management. Initially starting as an assistant coach for the Danish national side, Michael went on to manage Brondby, Getafe, Spartak Moscow and RCD Moscow.

His managerial exploits along with his incredible knowledge and stature within the game meant teams came calling for services. Michael joined Premiership side Swansea City in 2012, where he guided the club to a successful season thanks to his ability to attract players and in turn make a number of key signings such as Michu and de Guzman.

His first trophy as a manager came with the side in 2013 at Wembley in the shape of the , a testament to the impact he had at Swansea City. His management tenure at Swansea was followed by managerial exploits in Qatar where on 30 June 2014, Laudrup became the new manager of Qatar Stars League champions Lekhwiya. He guided the Lekhwiya to a club-record Qatar Stars League and a Crown Prince Cup double in his first season before joing Al Rayyan where he remains manager.

An International career that saw Laudrup represent Denmark on 104 occassions scoring 37 goals contributed to Michael Laudrup being inducted into the Danish Football Hall of Fame as well as being named Denmark’s Best player of All time and Best Scandinavian Player Ever.

Laudrup’s knowledge of management and leadership at an elite along with his incredibly illustrious and distinguished playing career make him a wonderful football speaker, his ability to describe how to keep a team of high performing athletes as a collective group in the heat of competition as well as how to maximise success and achieve peak performance as a player. A true footballing great, Michael Laudrup is certain to be a fantastic addition to any event as a football speaker.

To book Michael Laudrup to make a personal appearance at your corporate event, function or conference, simply contact the Champions Football Speakers agency by filling in our online contact form or by calling a booking agent directly on 0207 1010 553.