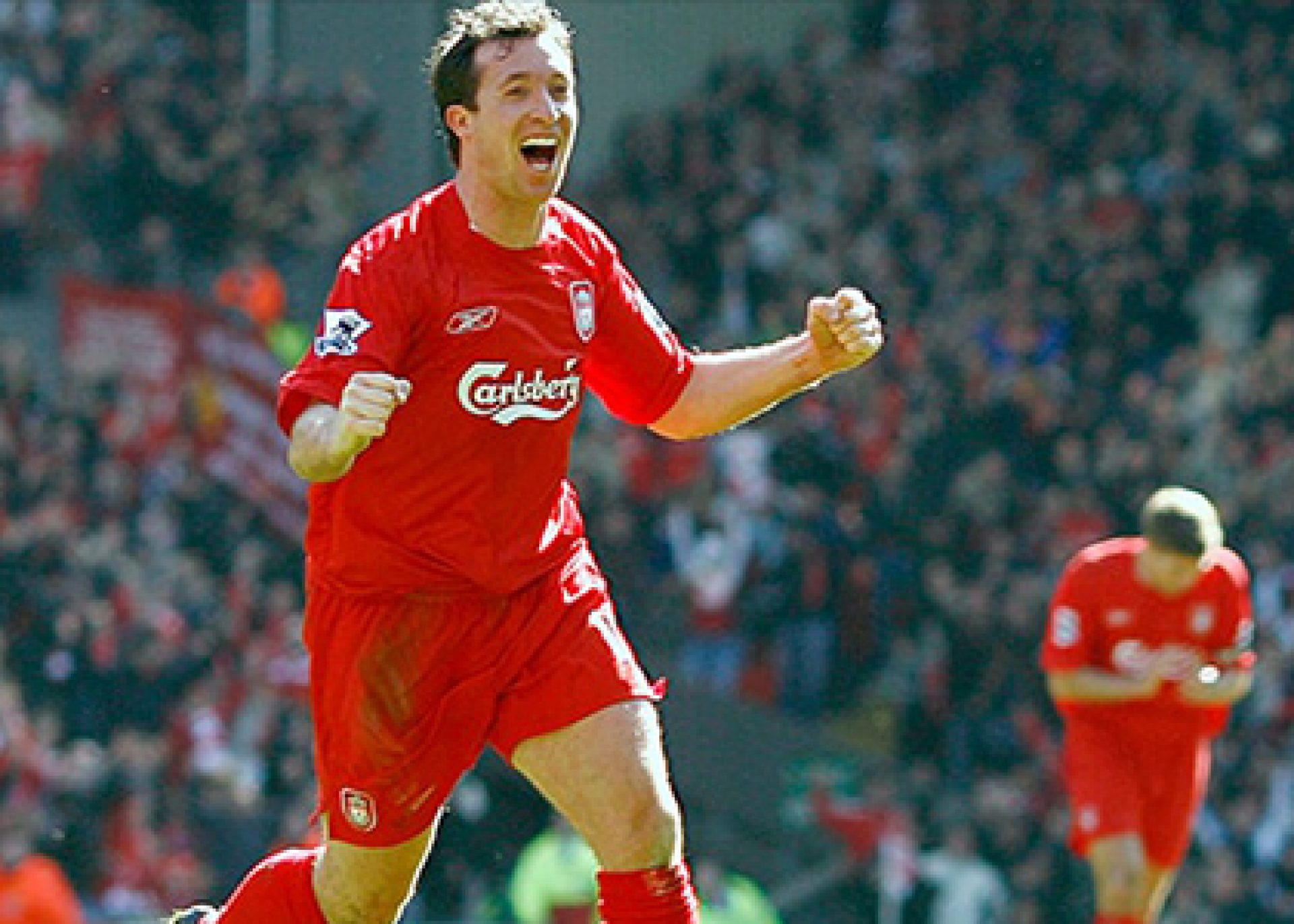 One of the highest goal scorers in the history of the Premier League, Robbie Fowler is a British footballing legend and accomplished football speaker who is best known for his time at Liverpool FC. Born in Liverpool, Fowler was frequently called upon to appear as a football speaker at sporting, club and after dinner speaker events. He remains hugely popular amongst both Liverpool and England fans. Known for being a natural scorer with an instinctive goal-poaching ability, Robbie Fowler is a footballing icon.

Robbie Fowler’s career began with Liverpool when he signed as a youth team player upon leaving school in the middle of 1991, signing professional terms on his 17th birthday and then helped the England U18s to win the 1993 European Championships before his first team debut the later that year. Fowler scored all five goals in the second leg of a first round League Cup game at Anfield two weeks later, making him the fourth player in Liverpool’s history to score five in a senior fixture. He went on to score his first league hat-trick against Southampton in only his fifth league game.

Fowler’s first 13 games for the club yielded 12 goals and he was rewarded with an England Under-21 debut against San Marino in November 1993, in which he scored England’s opening goal in the third minute. Robbie Fowler finished his first season at Liverpool as the club’s leading goal scorer, a clear indication of times to come.

Considered to be the most natural finisher playing in England throughout the mid and late 1990s, Fowler was voted the PFA Young Player of the Year in two consecutive years in 1995 and 1996. What followed was truly iconic and legendary career for Liverpool Football Club, Fowler went on to score an impressive one hundred and eighty three goals for Liverpool. Robbie Fowler spent eight years playing for the Reds senior and became affectionately known as ‘God’ by the Kop, a testament to his phenomenal performances and reputation.

Fowler is known as one of the most revered players in the clubs history and a proud local boy and fan before his first appearance on the youth team in 1991. Although he is most well-known for his time at Liverpool Fowler also played for a number of other British clubs and is known for his work as a football speaker for both Leeds United and Manchester City.

Voted the PFA Young Player of the Year in two consecutive years in 1995 and 1996, Fowler was widely considered to be the most natural finisher playing in England throughout the mid to late 1990’s. Fowler sealed this reputation as he scored more than 30 goals for three consecutive seasons, up to 1997. He remains the only player to have scored 30 plus goals in his first three full seasons in England scoring 98 goals with a total of 116 in 3 and a half years, something which has also yet to be beaten in La Liga, Serie A and the Bundesligatoo.

Fowler won a UEFA Fair Play award for denying that he had been fouled by Arsenal goalkeeper David Seaman at Highbury after a penalty had been given before controversies in his career followed. Robbie Fowler was part of a group of Liverpool players from the mid-1990s who were dubbed “The Spice Boys” by the press following a series of off-field controversies, fined in 1999 by his club for bringing the game into disrepute.

Despite his departure from Liverpool in 2001, Robbie Fowler won an FA Cup, two League Cups, a UEFA Cup and the UEFA Super Cup. With spells at Leeds United, a number of other English clubs, Northern Queensland Furyand Perth Glory, Fowler continued to excel and earnt a number of accolades. Following his retirement, Fowler continues to work as a football speaker for the club, he stories span some of the clubs most successful years and mark him as a highly sought after football speaker.

As well as garnering a successful domestic career Robbie Fowler also worked as a football speaker and player for England earning twenty six caps in the process; whilst playing for England, Fowler took part in a number of major international tournaments, including the 2002 World Cup, and scored seven goals.

Robbie Fowler has worked sporadically as a manager and coach, he has worked closely with the Liverpool FC Academy. Robbie’s wealth and knowledge of the game have also transferred fantastically well to him being a formidable analyst and pundit, he has done media work for Abu Dhabi Sports Channel, Sky Sports and ITV. A true footballing icon who was at the helm of English football and will forever be remembered as one of the most talented strikers to play the game and forever etched in Liverpool footballing folklore, Robbie Fowler is available to hire for any event as a football speaker.

When at corporate events, Robbie is known to cover the following topics:

To book Robbie Fowler to make a personal appearance at your corporate event, function or conference, simply contact the Champions Football Speakers agency by filling in our online contact form or by calling a booking agent directly on 0207 1010 553.