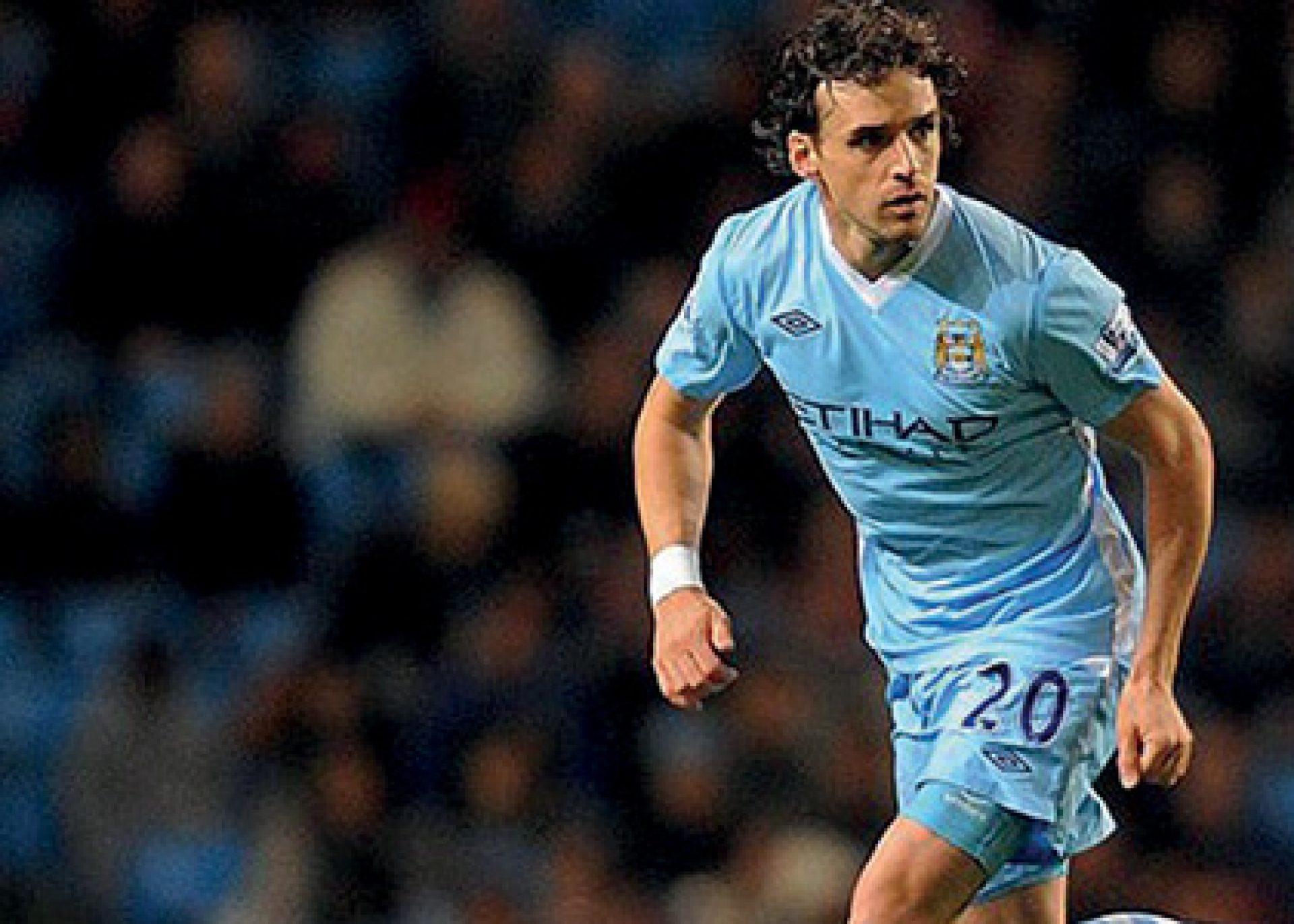 Owen Hargreaves is a former English footballer and current television pundit for BT Sport. Known for being a ‘solid defensive midfielder’ who worked tirelessly to win the ball, Hargreaves gained the reputation of being a hard working player. Hargreaves has represented two countries at International level, playing for Wales U19s before his allegiances turned to playing for England U21s and eventually for the senior England team where he earnt 42 caps. A player who has represented a number of the biggest clubs in the world, Owen Hargreaves is now an extremely sought-after personality on the football speaker circuit.

Hargreaves started his career with Calgary Foothills as a junior player before beginning his professional footballing exploits in Germany with European giants, Bayern Munich. After seven years at Bayern Munich, during which time Hargreaves and the club won four German League titles and the Champions League along with a number of other domestic trophies during his 145 appearances. His time in Germany remains a time close to his heart and is something he speaks of fondly during his appearances as a football speaker.

Owen Hargreaves signed for Manchester United after almost a year of negotiations between Bayern Munichand United for a fee of around £17 million. Wearing the number 4 shirt, Hargreaves was an important part of the side who won the Premier League and UEFA Champions League in which Hargreaves scored the vital 4th penalty in the final, both of these trophies came in Owen’s first season at Old Trafford. The following few years at the club were a time filled with adversity, plagued with injuries, Hargreaves was able to leave the club at the end of his contract in June 2011.

Hargreaves was then offered a one year contract by rivals Manchester City which he accepted. Continually hampered by the consequences of injury, Hargreaves played on few occasions for Manchester City however he was a wonderful influence in the changing room and his leadership and mentorship skills played a huge part in Manchester City’s 2012 Premier League winning campaign.

Hargreaves is now a regular pundit for BT Sport and Sky Deutschland’s football coverage. He is also a Football Analyst on news channel CNN and covered the Euro 2016 competition in France. Owen Hargreaves’ experiences as a football pundit and analyst highlight his incredible knowledge of the game and allow him to add a unique insight and perspective when he performs as a football speaker due to his ability to pinpoint and identify vital pieces of information.

An exceptional talent, Owen Hargreaves enjoyed a thoroughly successful career experiencing a unique career in which he played the entirety of his career for leading clubs in Europe allowing him the knowledge and experience of environments built for sustained success. His determination to carry on despite chronic injury has won him admirers and shown what a tremendous mindset and drive Hargreaves possesses. The former Bravo Cup and England Player of the Year winner, Owen Hargreaves is available to hire as a football speaker for any event and is certain to be a fantastic addition.

To book Owen Hargreaves to make a personal appearance at your corporate event, function or conference, simply contact the Champions Football Speakers agency by filling in our online contact form or by calling a booking agent directly on 0207 1010 553.