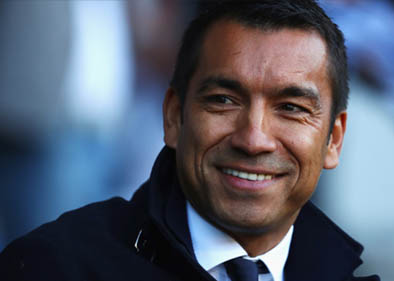 Giovanni Christiaan van Bronckhorst OON also known by his nickname Gio, is a retired Dutch footballer and the current manager of Feyenoord. Formerly a midfielder, he moved to left-back later in his career. During his club career, Van Bronckhorst played for RKC Waalwijk, Feyenoord, Rangers, Arsenal, Barcelona and again with Feyenoord. He was an instrumental player in Barcelona's 2005–06 UEFA Champions League victory, being in the starting line-up of the final, having played every Champions League match for Barcelona that season.

Van Bronckhorst earned 107 caps for the Netherlands national team, and played for his country in three FIFA World Cups, in 1998, 2006 and 2010, as well as three UEFA European Championships, in 2000, 2004 and 2008. After captaining the Oranje in the 2010 World Cup final, he was elected into the Order of Orange-Nassau.

After assisting the Dutch under-21 team and Feyenoord, Van Bronckhorst became Feyenoord manager in May 2015. He won the KNVB Cup in his first season and the club's first Eredivisie title for 18 years in 2017.

To book Giovanni van Bronckhorst to make a personal appearance at your corporate event, function or conference, simply contact the Champions Football Speakers agency by filling in our online contact form or by calling a booking agent directly on 0207 1010 553