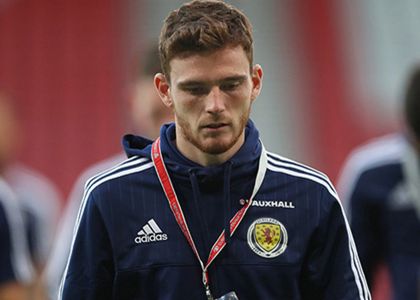 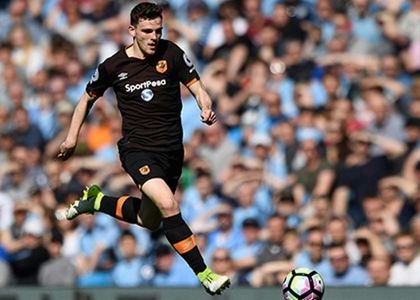 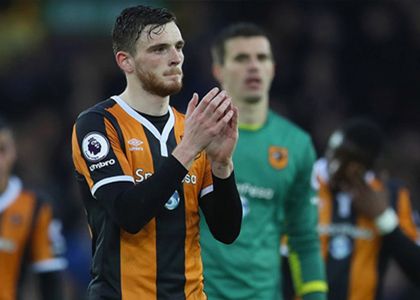 Scottish footballer, Andy Robertson is a sports speaker and football player who embarked upon his professional career as recently as 2012; now playing for Liverpool, Robertson is one of the rising stars of British football and considered the one to watch on both the pitch and the after-dinner speaker circuit.

Having spent his youth career at Scottish clubs Celtic and Queens Park, Andy graduated to the senior team at Queens Park aged 18; making 34 appearances for the club. Since then he has played for a number of clubs as well as making appearances on the Scottish national team and touring the UK as a football speaker.

Leaving Queens Park for Dundee in 2013, he immediately became a part of his new manager’s first team plans by making his debut on the opening day of the season. In a season that consisted of 22-yard strike that led to a goal talked about for months after and 2 SPFL young player of the month awards for his performances in September 2013 and once again in November 2013. He was later named PFA Scotland Young Player of the year as well as being a part of the PFA Scotland Team of the Year for the 2013-14 season.

Following a successful season, Andy went on to join Hull City for a fee of £2.85 million in July 2014; during this time, he made 99 appearances for the club, scoring on 3 occasions. Once again it did not take Robertson long to make an impact as he won the accolade of player of the moth once again this time in the Premier League. Having established his place in the first team and become a consistent performer, In July 2017, Liverpool Football Club came calling. Signing for the Anfield club for an undisclosed fee, rumoured to be in the region of £8 million as an initial transfer fee, Robertson set his sights on European football and a career playing in front of the ever faithful Kop.

Praised by Scottish fans and the national teams manager Gordon Strachan, who called Robertson ‘fantastic’ after his appearance in a friendly against Poland in 2014, Andy is fast becoming one of the most treasured young players in the Scottish team. His work as a football speaker for his national team is only assisting him to raise his public profile and generate even more adoration from his fans.

The accolades mark Robertson’s early rise as an ideal football speaker for young and aspiring audiences, his own achievements inspiring to the many young footballers aspiring to make it to the top as well as being a live example that dedication and hard work can ensure that any young person is capable of achieving truly special things.

Andy Robertson is available as an football speaker for specialist football events in both Scotland and the UK, he is enigmatic and full of potential, with a career still in its infancy, he promises to prove himself a great player and sporting icon in years to come and is able to provide a rare insight into football today from a current players perspective still actively participating in the game. A player making a real impression for Liverpool, Andy Robertson is an incredibly defender and football speaker at your event.

To book Andy Robertson to make a personal appearance at your corporate event, function or conference, simply contact the Champions Football Speakers agency by filling in our online contact form or by calling a booking agent directly on 0207 1010 553.